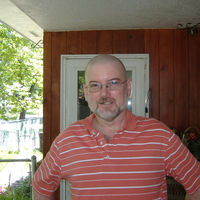 Was Jesus without the Holy Spirit until his baptism?

What is the KJV Only movement? Is the King James Version the only Bible we should use?

What is the difference between the terms "Yahweh" and "God Almighty"?

How should I react to teasing about being a Christian?

Why did God send people into battle in the Old Testament and then Jesus came as peace maker?

Does Deuteronomy 22:28-29 command a rape victim to marry her rapist?

Isn't sexual sin worse than others because it is a sin against your own body?

Will God forgive me of sins I commit after I become a believer?

What does it mean when the Lord says, "The firstborn of your sons you shall give to me."?

Must precept be upon precept?

Why are Jesus' genealogies in Matthew and Luke so different?

Do Christians have to obey the laws of the land?

Does the pastor of the church receive all the tithes?