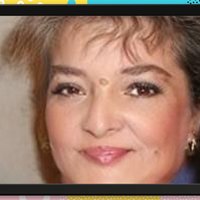 am a lowly servant and believer of Jesus Christ

What does the bible say about being married to someone you are not 'in love' with?

What does 2 John 1 mean when it talks about receiving people into your home who aren't believers?

4 I rejoiced greatly to find some of your children walking in the truth, just as we were commanded by the Father. 5 And now I ask you, dear lady - not as though I were writing you a new commandment, but the one we have had from the beginning - that we love one another.

What is the Sabbath day?

How can we exhort a believer who claims to be 'psychic' to stand firm in faith and not perceived supernatural abilities?

How should Christians view microchip technology? Could it become the mark of the beast?

Is it wrong to pray the prayer of Jabez or other such prayers that Jesus didn't mention?

9 Jabez was more honorable than his brothers; and his mother called his name Jabez, saying, "Because I bore him in pain. 10 Jabez called upon the God of Israel, saying, "Oh that you would bless me and enlarge my border, and that your hand might be with me, and that you would keep me from harm so that it might not bring me pain!" And God granted what he asked.

How can you give to others when you don't have a lot to give?

5 And this, not as we expected, but they gave themselves first to the Lord and then by the will of God to us.

Is it true that one must first be called by God to be saved? What does it mean to feel conviction?

Which church is actually preaching the true gospel of Jesus Christ today?

What is covetousness and what exactly does it entail in our society today?

Was the cross an actual cross, or was it a beam that Jesus was crucified upon?

1 When morning came, all the chief priests and the elders of the people took counsel against Jesus to put him to death. 2 And they bound him and led him away and delivered him over to Pilate the governor.

Should we give gifts at Christmas?

If you have been blessed with the gift of tongues can you lose it if you haven't used it in awhile and fallen away in your faith?

1 When the day of Pentecost arrived, they were all together in one place. 2 And suddenly there came from heaven a sound like a mighty rushing wind, and it filled the entire house where they were sitting.