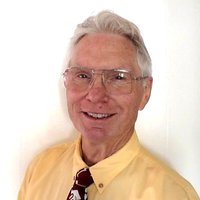 If the Holy Trinity is in fact 3 separate beings able to act independently of each other, is it unreasonable to postulate that all beings are connected as one in the same fashion, especially considering God created humanity in His image?

Where do the people go that did not take the mark of the beast and have given their life for Jesus?

Why does the devil want people to sin? What does he "gain" from this?

Why did Jesus teach in parables?

Is there any conclusive proof of God?

Why is Jesus called the stumbling stone in Matthew 21:43-44?

How can we prevent our young people from losing faith?

What happened on each of the days of Creation?

What is theistic evolution?

What does the Bible say about the Magi?

Do faith in God and science contradict?

How does acquiring the latest technological advances affect our lives spiritually?

Why did God’s Spirit hover over the dark waters of the earth? (1:2)

What is the Day-Age Theory?