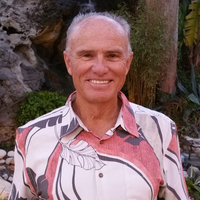 How can we recognize the Antichrist?

Where does the narrative, in Daniel Chapter 11, turn from past to future?

Is it possible to know when Jesus is coming back?

Where does the narrative, in Daniel Chapter 11, turn from past to future?

1 And as for me, in the first year of Darius the Mede, I stood up to confirm and strengthen him. 2 And now I will show you the truth. Behold, three more kings shall arise in Persia, and a fourth shall be far richer than all of them. And when he has become strong through his riches, he shall stir up all against the kingdom of Greece.

What does it mean in Psalm 32:8 where the Lord says, "I will counsel you with my eye upon you"?

8 I will instruct you and teach you in the way you should go; I will counsel you with my eye upon you.

1 The earth is the Lord 's and the fullness thereof, the world and those who dwell therein. 2 For he has founded it upon the seas and established it upon the rivers.

What exactly is meant by being "filled with the fullness of God" mentioned in Ephesians 3:19?

When will God's wrath occur in relation to the tribulation?

What is literally and figuratively meant by "... created in the image of God ..."? What can we infer or deduce?

What does Ecclesiastes mean when it says, "God seeks that which has passed by [has been driven away]"?

Is it possible that more of the angels could sin?

What is "the fullness of the Gentiles" mentioned in Romans 11?

What are the times of the Gentiles?

16 For indeed He does not give aid to angels, but He does give aid to the seed of Abraham. 17 Therefore, in all things He had to be made like His brethren, that He might be a merciful and faithful High Priest in things pertaining to God, to make propitiation for the sins of the people.