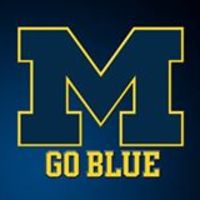 When Jesus was nailed to the cross did the nails go through His hands or His wrists?

How should Christians respond to immigrants of other religions?

Why did Jesus need a treasurer (Judas)?

According to Luke 14:12-14, does it mean that we should not expect any material reward from each other when we help others other than the rewards to be given in heaven?

Why does God often wait to judge the wicked, vs. judging them now as they live on Earth?

What should we learn from the golden calf incident in Exodus 32?

Can a lay person lead a communion service?

How could I give an easily understood salvation message supported with scriptural references?

Why did Jesus say, for example: "You have heard that it was said; an eye for an eye, and tooth for tooth. But I tell you not to resist an evil person"?

Is taking holy communion during a Christian fast going to break the fast?

What should Christians do in their free time?

Is observing the Ten Commandments more important than observing commands in other parts of the Bible?