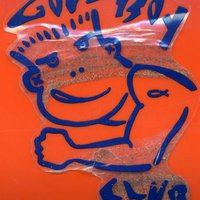 The people that live through the tribulation and enter into Jesus’ rule, will they have access to salvation as we do today?

Can a Christian lose salvation?

When we give to an organization financially with upright intentions, but later find out the organization supports ungodly causes, will we personally come under the judgment of God for supporting the organization in spite of our innocence in the matter?

2 And Jehu the son of Hanani the seer went out to meet him, and said to King Jehoshaphat, "Should you help the wicked and love those who hate the LORD? Therefore the wrath of the LORD is upon you.

What does the Bible say about dating / courting?

Should a Christian read romance novels?

What is the best way to pray for leaders of the Muslim world?

3 I will bless those who bless you, And I will curse him who curses you; And in you all the families of the earth shall be blessed.

When should we stop preaching to the same person?

Can the return of Christ truly be said to be imminent?

What is praying by the blood of Jesus?

Why are Christians so strongly against premarital sex?

Why do so many people struggle with a lack of faith?

Do Christians have to obey the Old Testament law?

How do we know that the Bible is the Word of God, and not the Apocrypha, the Qur'an, the Book of Mormon, etc.?