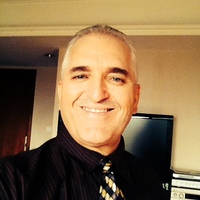 Why do many Christians support President Trump despite his adulterous past, seemingly hateful comments, potentially criminal acts, and unwholesome talk?

Is God sovereign and/or do we have a free will?

What will be the major event that coincides with the resurrection of the righteous dead and what comes immediately after it?

What will be the major event that coincides with the resurrection of the righteous dead and what comes immediately after it?

23 But each in his own order: Christ the firstfruits, then at his coming those who belong to Christ.

Is the "Left Behind" series biblical?

Is it true when you are sick you are under a curse?

What did Paul mean by "the lump is also holy"?

Where does the Bible tell Christians that we can be healed of sickness and disease?

Where was Jesus before Father God placed Him in Mary's womb?

As fully human and being born of Woman, wouldn't Jesus have a sin nature, one that He would overcome (as human) by choosing not to sin, and becoming a sacrifice for our sins?

Why did God condone lying at times when it's clear in the Bible that He hates lying?

What does it mean that the church is the bride of Christ?

Are apostate servants, those who turn away from serving Christ, given the same fate as unbelievers?