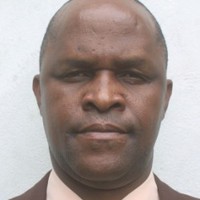 What are the curses of the law referred to in Galatians 3:13?

13 Christ purchased our freedom [redeeming us] from the curse (doom) of the Law [and its condemnation] by [Himself] becoming a curse for us, for it is written [in the Scriptures], Cursed is everyone who hangs on a tree (is crucified).

What does the Bible say about appreciating pastors?

What is an effective, fervent prayer referred to in James 5:16?

16 Therefore, confess your sins to one another and pray for one another, that you may be healed. The prayer of a righteous person has great power as it is working.

What exactly is meant by being "filled with the fullness of God" mentioned in Ephesians 3:19?

19 [That you may really come] to know [practically, through experience for yourselves] the love of Christ, which far surpasses mere knowledge [without experience]; that you may be filled [through all your being] unto all the fullness of God [may have the richest measure of the divine Presence, and become a body wholly filled and flooded with God Himself]!

How old was Esther when she married King Ahasuerus?

How old was Esther when she became Queen?

1 After these things, when the anger of King Ahasuerus had abated, he remembered Vashti and what she had done and what had been decreed against her. 2 Then the king's young men who attended him said, "Let beautiful young virgins be sought out for the king.

1 Now faith is the assurance of things hoped for, the conviction of things not seen.