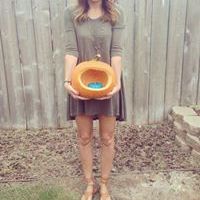 Why was it that when "God's spirit" came on Saul and his men, it caused them all to prophesy by ranting in gibberish and tearing off their clothes?

22 Fed up, Saul went to Ramah himself. He came to the big cistern at Secu and inquired, "Where are Samuel and David?" A bystander said, "Over at Naioth in Ramah. 23 As he headed out for Naioth in Ramah, the Spirit of God was on him, too. All the way to Naioth he was caught up in a babbling trance! He ripped off his clothes and lay there rambling gibberish before Samuel for a day and a night, stretched out naked. People are still talking about it: "Saul among the prophets! Who would have guessed?