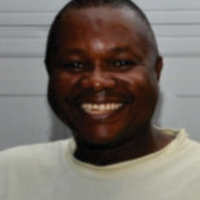 Pastor at The Redeemed Christian Church of God

What does it mean that the sea, death, and Hades will give up the dead in them to be judged?