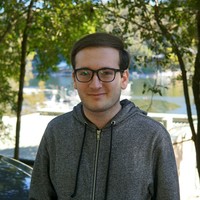 Revert saved by the Precious Blood of Christ

What happens to the Jewish people after death?

How can I know if I am filled with the Holy Spirit?

How to respect my mom when she is talking down to me?

What does "coarse jesting" mean in ephesians 5:4?

If a never-been-married woman marries a divorced man, is she committing adultery?

Why doesn't God save everyone?

Why read the Old Testament if the laws no longer apply to us?

Is there a particular style Christians should pray in?

Why were Sodom and Gomorrah destroyed?

How do I know that Christianity is the true religion?

Can Satan create? Such as material/physical things or even living things?

Why did Paul in 1 Corinthians 4:15 call himself 'your father', when Jesus says to call no man father in Matthew 23:9?

What are the infancy narratives and what do they teach us about Jesus?

Why do we still have physical death?

What is the just war theory?