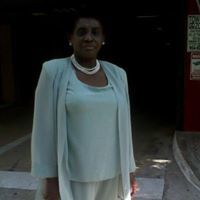 What did Jesus mean when he said to Martha that only one thing was needful, Mary had chosen it, and it could not be taken away from her?

Does Romans 13:1-6 indicate that leaders of countries and religions/faiths, from judges, governors, presidents, popes and priests are exempt from God's law?

What is the relationship between Jews and Samaritans?

Why will the close relative lose his inheritance if he redeems the land himself in Ruth 4:6?

What does it mean in Matthew 6:24 where the Bible says, "You cannot serve God and mammon?"

What did God mean when he said, "Remember the Sabbath day and keep it holy"?

What can we learn about the Kingdom of God from the Sermon on the Mount (AKA the beattitudes)?

How can I teach my children about being humble?

In John 15, the story of the vine and the branches, is Jesus saying that a truly born again child of God can be cut off and burned?

What is the book of Isaiah?